Congratulations to Liz Ruscoe from Vicars Cross who is the winner of the 2017 Speyside Golf Festival. 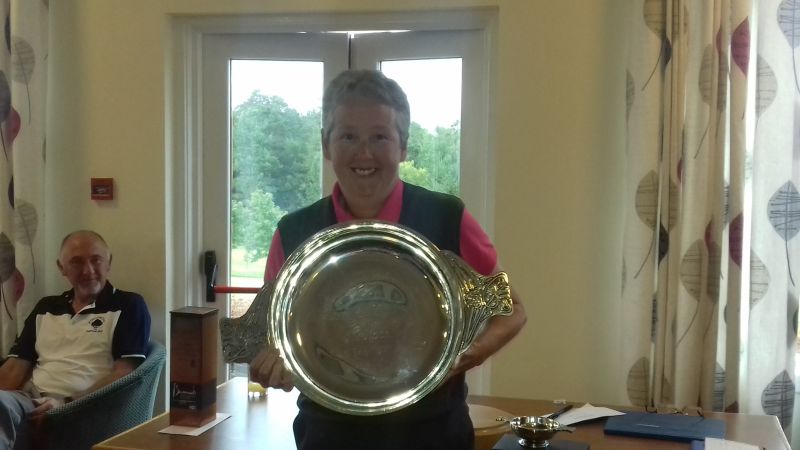 The prizes were presented by Alan Thom, captain of Grantown on Spey Golf Club.

The full  leaderboard for the tournament can be found at the following link :- Full Leaderboard

The first day of the SGWT Golf Festival was played over Moray Old Course in glorious sunshine, following a wee shower as the first group got ready to tee off. A little bonus was the very much reduced flying from RAF Lossiemouth as the base is on a night flying programme for the month of September and so things were very quiet until about 2 o'clock. The male competitors were all outshone a little by Liz Robinson's 41 points and Dee Crane's 40pts. They all now had a target to shoot at for the following 4 days, of hopefully, just as good, if not better weather over Forres, Elgin, Grantown and Boat of Garten. 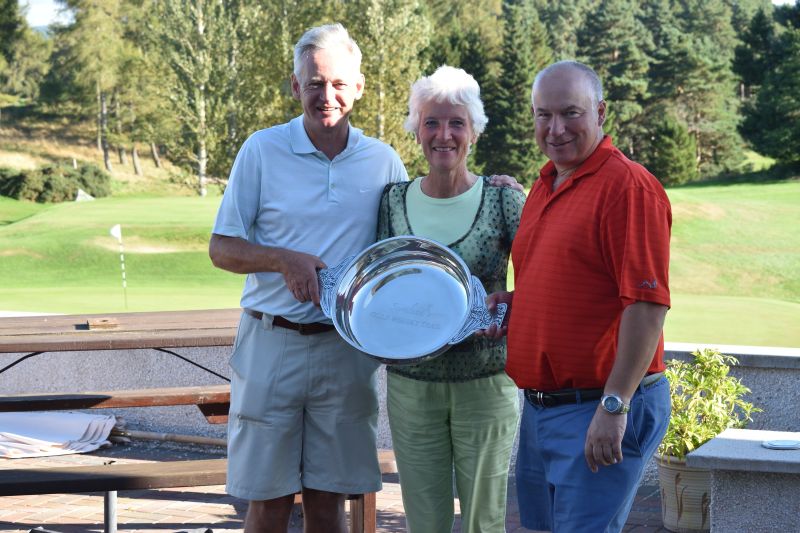 .At the end of play there was a chance to get all of the previous winners of  Scotland's Golf Whisky Trail Golf Festival together. Ian Kerr, winner in both 2013 and 2014, Ashley Leitch our first lady winner in 2015 and Ian Smiththe 2016 winner. Both Ian's play at Peterborough Milton Golf Club whilst Ashley plays her golf at Dollar Golf Club.4

Day 3 at Elgin saw Diane Moncrieff score a great 42 points to shoot her up the leaderboard to second place whilst Janette Roe scored 40 points to take her in to the lead with 40 points whilst her husband Peter lay in 3rd position after scoring 36points, It was very tight at the top of the leaderboard with Janette on 113, with Diane on 111 and Peter on 110.

Well it was certainly a dreich start to play at Grantown with the rain coming down in buckets leading to initial flooding on fairways and, not surprisingly a couple of guys did not venture forth and a few succumbed after a few holes. The ladies, however, put them to shame by sticking it out until the better weather came along after about 3 hours from the start time and by the close of play the sun was shining brightly. Helmut Pertler, Moray, had the best score of the day with 39 points followed by Tom Edwards (Peterborough Milton, John Rankin (Forfar) and Janette and Peter Roe (Workington) all on 37 points with Tom being second gent on better inward half. Ashley Leitch (Dollar) was lady runner up with 33 points.

The final day of the SGWT Golf Festival 2016 took place at Boat of Garten Golf Club on a warm but windy September day. The forecasted rain held off until the final group appraoched the clubhouse which was a blessing, after the previous day's monsoon at Grantown-on-Spey GC.

However, the wind did get up and, even though it was weighted down, the Klub Klean gazebo took off for the tennis courts and some of the golfers found the breeze to be "testing".

In the end the very worthy winner was Janette Roe (Workington GC) with 150 points as her best 4 out of 5 Stableford scores showing remarkable consistency throughout the week scoring 37, 36, 40, 37 and 33 points over the 5 days on 5 courses she had never played before. Janette is shown below having been presented with the SGWT Quaich by Gordon Hay manager of Boat of Garten Golf Club. 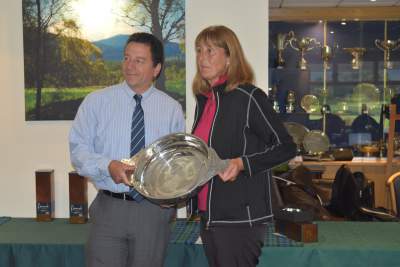 Report on the 2015 Competition

The 2015 competition was blessed with by far the best week's weather of the summer with almost wall to wall sunshine. Both Gentleman and Ladies compete for the magnificent Speyside Quaich with the overall winner recording the best aggregate 4 out of 5 Stableford scores over 5 courses played from Monday through Friday.

More than 80 golfers descended on Speyside this week for the second annual running of Scotland's Golf Whisky Trail Golf Week.

Locals and visitors from all over the UK descended on Speyside over the 9th-13th September to enjoy five days of two of Scotland's most iconic products – golf and whisky. 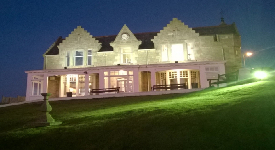 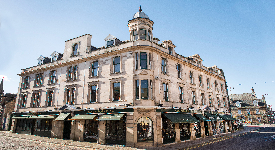 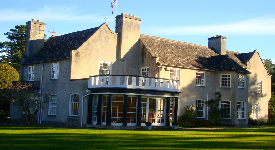